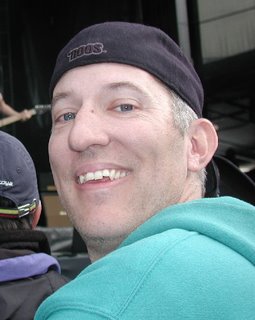 On June 21, 1986 my life changed. The day began hot and sunny in eastern Washington as I prepared for my first time away from home. I was to work at a Christian camp for the summer. Lake Retreat was several hours from home in western Washington. I was both excited and nervous about making new friends and being farther from home for an extended time than I had ever been before. My dad dropped me off at camp and got me settled, but he had to leave to get back for a service that evening. It was a long afternoon until more people arrived. My anxiety rose to new highs over the hours.

When the time for dinner came and I went down to the dining hall, it was with great trepidation. A person approached me and introduced herself and asked if she could introduce me to some of the others. We went over to a group of about 8 others and each person said hello. One guy gave a little wave and smiled with such sincerity that I wanted to get to know him a bit better. Over the next few days, our paths crossed during our training. And within the next two weeks, I knew he was the one. I was going to marry him.

Even though I knew he was a great guy and he make me laugh, I had no idea at the time just how much of my soul mate he would become. We married 14 months later. Over the years, I have come to rely on him for my sanity. He is the world to me and I would never want to be with out him.
Posted by juanitagf at 1:13 PM

I guess he doesn't have to be handy with power tools. :)

That's so great to hear in a world where everything is geared to tear everything apart. God Bless you both.

Ahh, but he is, Patrick. He just is so unselfish that he lets me use them.

What a wonderful thing to post, JGF. I'm glad you two found each other. Blessings! :)

what a wonderful tribute to the love of your life.....I love hearing other people's stories!
Blessings
Crystal

This is such a sweet story, have a happy "first meeting" anniversary!
DeeDee

That is so beautiful!

juanitagf
I am: A true believer in the saving blood of Jesus Christ and in His return for his children, Happily married 99.6% of the time, Mom of two precocious papillon-pomeranian mix puppies, A fantastic aunt of 50 nieces and nephews and 19 great-niece/nephews, The most amazing sister of six, A runner with the goal of running until the day I die, A small business owner, A rather strange and eccentric person with a great sense of humor and a tendency to take myself too seriously